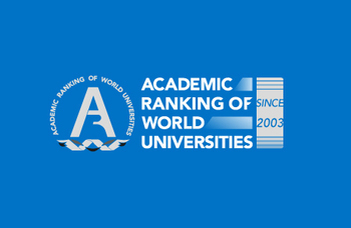 In the ARWU 2021 ranking, our University was ranked in the 601-700. category, making it once again the best higher education institution in Hungary.

The ARWU ranking was first published in 2003 by Shanghai Jiao Tong University and has been conducted by an independent organization, ShanghaiRanking, since 2009. The ARWU rankings have been regarded as one of the most reliable rankings for many years. Based on a transparent methodology and data collected from external partners, the top 1,000 institutions out of 1,800 surveyed are ranked each year, with indicators including the number of publications and highly cited researchers, the number of academic awards won by former students and current faculty members of the institutions. You can read more about the survey methodology here.

Detailed results of the ARWU 2021 survey ranked by countries are also available on the ARWU website. News about ELTE's achievements in national and international rankings are collected on the following page.